The comments, from social media experts at last week’s nma Live event Twitter for Brands revealed marketers shouldn’t be fooled by the low barrier of entry for the micro-blogging platform, which requires regular monitoring.

Kerry Bridge, who heads digital media communications for Dell Public Sector, which maintains a hugely successful Twitter presence, said, “You need to be a person but always remember you’re representing a company. You need to have fun, share and collaborate, and each company needs to work out its own social media guidelines and let the use of Twitter come from that.”

Ciaran Norris, director of media agency Mindshare Worldwide, who heads its social media strategy, warned brands they must be willing to maintain a two-way conversation with followers. “If you’re not prepared to spend the time, don’t use Twitter. You’ll end up with a social media graveyard,” he said.

The experts at nma Live said Twitter campaigns need to be regularly monitored or maintained by senior decision-makers or agencies to ensure they’re successful.

Ted Hunt, digital manager at natural juice brand Innocent Drinks, said the increasing number of apps associated with the micro-blogging site and issues that have surfaced from controversial campaigns made it a confusing channel for marketers.

“What was once about 140-character updates is now a really complicated marketing channel, the most complicated there is,” said Hunt. “Getting into it yourself is how you learn. Twitter isn’t the end game and the lessons learned from Twitter you can apply to the next social media.”

Brands were urged to follow existing codes of conduct and good-practice guidelines on how to use the micro-blogging platform in order to avoid the controversies of recent campaigns, such as those run by Moonfruit and Habitat.

Nick Stringer, head of regulatory affairs at the Internet Advertising Bureau (IAB), warned brands to use the British Advertising code. “Brands should follow the CAP Code on Twitter in order to bring clarity and confidence to the medium,” he said.

“Habitat wasn’t necessarily breaking any rules but the community decided it was wrong,” said Grant. 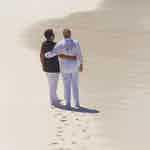 Reaching 50 no longer means slipping on furry slippers and curling up on the sofa with a cup of cocoa. Now financial marketers must get to grips with this age group’s many and varied sub-sectors if they are to gain from its growth.

Facebook will give users greater control over information given to third-party applications following pressure from the Privacy Commissioner of Canada.

C&C Group has bought Anheuser-Busch InBev’s Irish, Northern Irish and Scottish businesses in a bid to establish its flagship cider brand Magners in those countries.