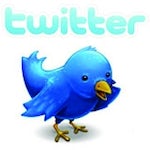 The micro-blogging service says the refresh makes it easier for users to post photos, videos and maps. Twitter users can now post directly onto the page without navigating away.

In addition, users will also be able to “drill down” easier to find out more about other Twitter users and their Tweets.

Twitter is looking to boost user engagement on the site to increase dwell time and increase the site’s appeal to advertisers.

It also hopes that giving brands the opportunity to use multimedia content will boost advertising revenues.

Evan Williams, chief executive of Twitter, says: “What advertisers on Twitter are looking for is engagement. This will improve that out of the box.”

Twitter began selling ads called “promoted tweets” in April, which allowed companies pay to have messages appear at the top of search pages on the site.