The company is currently listing 25 vacancies, of which four are dedicated to developing new monetisation services, including engineer roles and a product marketing role.

Twitter has also posted two business development roles which will look into building and creating tools for media companies to integrate with the micro-blogging site.

In November Twitter announced it was developing services to help monetise the site, with the first to launch in December allowing multiple people to tweet via a company’s feed

O2 is to extend its brand further and offer home phone lines to new and existing home broadband customers. 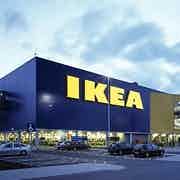 The London Organising Committee of the Olympic Games and Paralympic Games has awarded the UK broadcast rights for the Paralympics to Channel 4.