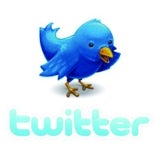 Google recently pulled the plug on its deal with Twitter to include tweets in its search results, and it appears that Microsoft’s competing search engine Bing could do the same. The question that both need to ask themselves is how much they think real-time search is worth.

At present, there is no question that Twitter is the single most useful source of real-time updates on any topic in the news. Media companies and professional journalists are opting increasingly to publish instant one-line news updates there, rather than waiting for articles to be uploaded to their own websites. The upshot is that anyone wanting immediate updates on current events is likely to find them there first.

That ought to be of concern to a company such as Google, which has become the first port of call on the web for anyone who wants to know anything about anything. Google seemingly sees tweets as an expendable means to this end, but if it wants users looking for instant updates to land on its web page rather than Twitter’s, it needs to put something in the place of those tweets.

Granted, Google intends to replace the data it previously sourced from Twitter with updates from its own recently launched social network Google+, so it has a plan. But it does not appear to be a very good one.

For one thing, Google was awfully hasty in ditching Twitter’s feed well before Google+ is even close to being able to replicate the same service to searchers. More importantly, though, there is no guarantee that Google+ will ever reach the critical mass of well-informed users that will make it a useful data source for real-time updates.

When it comes to lacklustre social websites, Google has form – Google Wave, for example. Google Buzz too, though it has now been integrated into Google+, has failed to measure up as a viable alternative to Twitter. And there is not an overwhelming sense that Google+ offers anything more than Facebook to give large numbers of people a reason to create a profile.

One of the reasons Google ended its relationship with Twitter seems to be the latter’s financial demands for allowing access to its ’Firehose’ of data. Twitter reportedly wants to double what it charges to $30 million a year, while it is believed that its cut of Google’s ad revenues present another stumbling block. Negotiations with Bing are apparently trying to find a way around these at present.

Twitter’s Firehose is not just a stream but more a torrent of data, and the tweets gushing out of it continue grow in volume. The site recently passed 200 million tweets a day and there is no sign of that slowing. Search engines might not agree that this entails a corresponding rise in the value of the data, however.

Twitter is not in the strongest of negotiating positions with Google, given the importance of these partnerships to its revenue model, and given that Google has a nominal replacement for providing real-time search results. But that replacement is unlikely to be as good.

If Bing keeps its access to the Firehose, that could give it a useful advantage over Google. Then it will be easier to work out what the value of real-time results really is, because the page hits should speak for themselves. 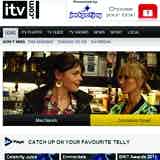 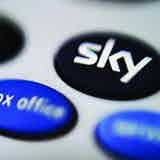 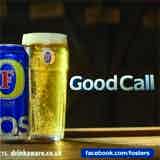