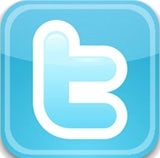 The figure is up from 25% 12 months ago, he added during an interview at the Consumer Electronics Show in Las Vegas on Friday.

Costolo also added that the sharp increase in usage was stimulated by the launch of official Twitter apps for platforms such as iPhone, Android and BlackBerry.

“50% of active users are also active on mobile,” he said.

Costolo added that one of the most popular methods of using the platform was tweeting about TV shows.

“It’s definitely the case that network TV people like Twitter because it gives them feedback, like they’re in the theatre watching how the shows play out,” he said. “When [the TV show] Glee starts, tweets per second for Glee shoot up and stay up 100 times that level until the show ends, then they drop.”

He further revealed that Twitter had been in talks with TV networks about developing products specifically to accommodate this trend.