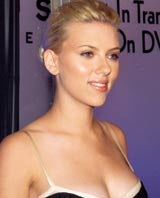 Unilever Cosmetics International (UCI) has signed up actress Scarlett Johansson as brand spokeswoman for an unnamed Calvin Klein perfume, to be launched globally later this year. Johansson, the 19-year-old Bafta award-winning star of Lost in Translation and Girl with a Pearl Earring, will appear in a global television and print advertising campaign, to break in September. The fragrance, which has yet to be given a name, will be aimed at 18-to 35-year-old women. Although UCI declines to comment on the value of the deal, it is thought that Johansson will make &£1m a year. The ads will be created in house at Calvin Klein Cosmetics, which licenses the brand to UCI. The launch will mark UCI’s first major marketing activity since it overhauled its marketing structure last year (MW October 16, 2003).

Gossard, the Sara Lee-owned lingerie brand, is reviewing its advertising account for the third time since 2001. Incumbent WARL Change Behaviour is pitching against two undisclosed agencies for the &£5m account. The pitch is the first to be overseen by marketing director Stephen Holbrook. Holbrook took over from Shaeren McKenzie, who left the company last […]

Charities are adopting aggressive and innovative tactics to get people to hand over their cash – and despite bad press, ‘chugging’ is the most successful