The Nations League will start in 2018 after being approved by the governing body earlier today (27 March). It will replace most international friendlies in what is the biggest shake-up to the international footballing calendar for decades.

The event will be played every second year with countries divided into four divisions featuring promotion and relegation, plus a “final four” tournament in the summer. Some friendly dates will remain to allow high profile matches with teams outside Europe such as Brazil as well as for smaller countries to organise lucrative contests with Europe’s elite.

UEFA says the key driver behind the Nations League is “sporting integrity”, adding friendly internationals did not provide “adequate competition”.

Details on how the Nations League will be sold commercially are yet to be finalised, however, UEFA told Marketing Week it would likely look to implement a sponsorship roster separate to its other brands. It could see the organsiation strike deals with potential backers beyond its current lineup.

Sponsorship experts say the tournament, if marketed to fans properly, could bridge the gap between “commercially successful” club football and the international game under the UEFA banner. It is understood sponsors associated to English football have welcomed the tournament due its potential to generate more exposure around the national team.

Tyson Henly, former head of sponsorship at UEFA and head of international football at Fuse Sport and Entertainment, says a “rethink” of the way broadcast rights for friendly matches is needed to create real commercial worth for potential brands.

He adds: “At the moment, apart from the qualifications and the final tournaments themselves, all the [broadcast] rights rest with the federations. It’s a fragmented landscape.

“The more UEFA can consolidate and centralise this area then the more they’ll be able to offer to brands commercially. A centralised rights system is a likely outcome for the way the tournament would be sold to brands because UEFA need to ultimately generate money for their federation members.”

Tim Crow, chief executive at Synergy Sponsorship, says a new tournament could offer up a “blank slate” for UEFA to work closer with its partners, incorporating social media and mobile innovations into the sponsorship mix.

“A Nations League could provide far more attractive and competitive fixtures for European countries. The real challenge will be how UEFA communicate that the tournament is meaningful and of real value in the overall scheme of the football calendar. That’s going to be the most important thing for sponsors.”

The event is an attempt to alleviate some of the commercial pressure UEFA has endured since centralsing TV rights for the Euro 2016 and World Cup 2018 tournaments two years ago. It was the first time the organisation centrally marketed the TV rights to international tournaments, a move which has left it searching for new revenue streams after paying millions to acquire them from national football associations.

The governing body has been working with its membership federations for the last 18 months to boost the commercial worth of international games between the Euros in an attempt to tap into the success of both the Champions and Europa Leagues. 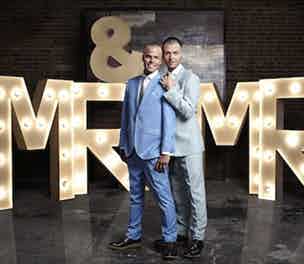 In the week the UK saw the country’s first same-sex marriages, some brands are developing campaigns to appeal to gay and lesbian consumers looking to tie the knot. The move is part of a wider effort by brands to target the LGBT (lesbian, gay, bisexual, transgender) community in an attempt to better represent their customer base and tap into a multi-billion sales opportunity

Vodafone is readying a “network differentiation” marketing campaign that aims to highlight the dependability of its network by telling the story of a fireman’s wife and how she is reassured she can always stay in touch with her husband.