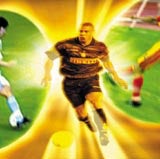 UEFA, the European football governing body, is to overhaul its UEFA Cup brand next year as a first step towards finding headline sponsors for the annual competition.

The revamp has been sparked by worries within UEFA that the cup is being marginalised by its more prestigious sister competition, the UEFA Champions League, which boasts the best clubs in Europe.

This is the first time the competition has moved to a more centralised marketing platform, which UEFA sources say is the first step towards offering a single sponsorship platform for brands.

The competition is organised by the individual clubs that take part and does not involve UEFA headline sponsors, as is the case with the Champions League. Sponsorship packages for the league can run up to &£15m a year, with partners including Ford, Mastercard, Sony Play Station and Amstel.

The rebranding of the competition will include all broadcast and on-pitch design elements, including the logo.

It will coincide with changes in the structure of the tournament. Games will now be shown on separate weeks to the Champions League, and the earlier rounds will be organised as a group league rather than a knockout competition.

A UEFA spokesman says: “It was felt that the cup was losing ground to the Champions League. A central approach to the branding is the beginning of wider plans, but the key will be generating excitement for the UEFA Cup as a competition.”

Mr Peanut may still wear a top hat and monocle, but brand directors are to make a modern man of him. It seems the lazy days are over.

Masterfoods has appointed UK managing director and head of sales Fiona Dawson as vice-president of European marketing for snack food. There are no plans to replace her in the UK role.