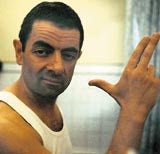 UIP is a joint venture to distribute films for three major Hollywood studios – Paramount, Universal and Dreamworks. The review is being overseen by director of marketing Deborah Sheppard.

The company has enjoyed a run of hits recently, including American Pie: The Wedding and Johnny English, while forthcoming releases include Ned Kelly and The Italian Job. It released 27 films in 2002.

In July UIP gave American Pie: The Wedding the distributor’s biggest individual film promotional budget of &£1.5m. The distributor made its first exclusive cross-media deal for the film, making EMAP its media partner. The deal involved all EMAP properties aimed at the film’s 16- to 24-year-old target audience such as FHM and More. Mediaedge:CIA also struck a deal in July to turn The Sun Online’s red top logo green for 24 hours in support of the film Hulk.

Granada and Carlton will have to wait until early October to hear the Department of Trade and Industry’s ruling on their merger plans. Normally, ministers make a ruling within 20 days of receiving a report from the Competition Commission, but this has been extended to 30 days for this case.

Most office workers envy those who work from home, but the dangers that come with it make it a perilous existence. Iain Murray has survived so far, but only just…

Chaos, the brand consultancy, has developed the identity for new private-hire car company Blueback, which launches in London next week. One of Blueback’s founders is former Landor Associates consultant PJ Darling.