The Advertising Association, in partnership with the World Research Advertising Center (WARC), has predicted a growth of 5.7% for 2015, down from the 6.5% forecast last year.

Predictions are lower across all advertising sectors including TV, radio, internet and surprisingly even mobile. Mobile is set to grow by 44.7% in 2015 where it was predicted to grow 56.1% the previous year, according to the report.

Higher growth is only expected in the coming year for digital news and magazine brands, broadcaster VOD and cinema. Cinema is projected to gain significant growth from last year’s prediction, which was 2.7%, as this year it is predicted to grow by 10.9%.

Forecasts have shown to be especially conservative as the growth of the eurozone has been slow since the 2008 recession. The economy of the eurozone will grow by just 0.8% this year according to an announcement by the European Commission late last year (4 November 2014). The announcement highlighted stagnation in France and Italy and a slowdown in Germany, suggesting that the worst is not yet over for Europe.

Although the UK economy has shown its biggest growth in 2014 since the recession, forecasts from the British Chambers of Commerce (10 Dec 2014) warn that uncertainty over the outcome of the general elections in May and a slow-paced eurozone economy have led to downward expectations.

While predictions are lower for 2015, adspend still shows a significant growth in the UK overall. Tim Lefroy, chief executive at the Advertising Association says: “Two years growth at twice the rate of the economy is hardly a recipe for pessimism but adspend isn’t immune to pressures on other sectors.”

Despite cautious predictions, the Advertising Association/WARC predicts that 2014 and 2015 will be the strongest consecutive growth years for UK ad spend this century, highlighting a sector that is out-performing the wider economy.

Television’s share of the global advertising market has peaked in 2014 as brands start to move an increasing amount of their media budgets to online video, according ZenithOptimedia’s end-of-year forecast. 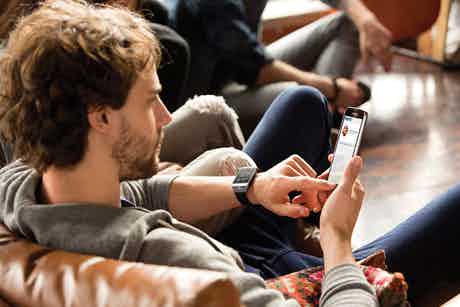 Marketers spent a fifth (20 per cent) of their digital display budgets on native content in the first half of 2014 as strategies adapt to exploit rising demand for branded content such as video on mobile devices, according to a report.