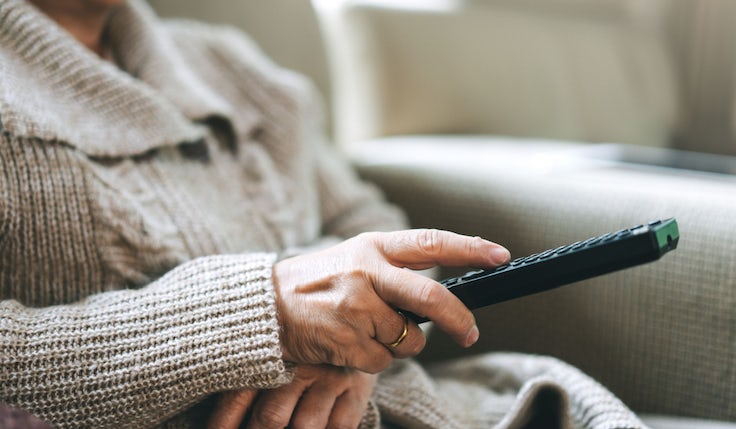 Only 23% of the 1,000 UK TV ads with the highest spend feature a person over the age of 55, finds new research from System1 and ITV.

This is despite the age group accounting for almost one third (32%) of the population and controlling 60% of the UK’s wealth, according to government data. Figures from audience measurement company BARB show people over the age of 65 account for 55% of TV impressions.

However, according to the ‘Wise up! Getting ads right for older viewers’ report, representation by itself does not necessarily mean an ad performs better with older people.

System1 selected 56 TV ads from its database that feature older people. The marketing effectiveness research firm tested these ads with a sample of the general public and a custom sample of people aged 55+. Only five of these 56 ads saw an uplift in emotional response in the custom sample, and some performed significantly worse.

Research tells us that the older demographic can be more distrusting of advertising and therefore more difficult to engage.

Commenting on the findings, Tesco’s head of campaigns, George Rivers, says the supermarket focuses on “individual stories” that are universally relatable” to make an impact with older viewers.

“Research tells us that the older demographic can be more distrusting of advertising and therefore more difficult to engage. It’s why we focus on resonance rather than reach,” he explains.

Steps to winning over older consumers

The report recommends brands take steps beyond just featuring older people in their ads to effectively reach the consumer group. It identifies six themes that resonate with the demographic, which brands may be able to tap into.

The first theme identified in System1’s analysis involves tapping into “nostalgic” cultural references.  The report states that “to older viewers, this stuff isn’t ‘nostalgia’, these experiences were formative and are still vivid.”

Nostalgia marketing: Why brands need to go beyond good memories to drive sales

For example, Hovis’s revival of its 1973 classic ‘Boy on the Bike’ in 2019 scored an impressive ‘star rating’ of 4.9 in the general population, but reached what System1 calls an “exceptional” score (5.4) among viewers aged 65+.

An ad’s star rating is a measure of how positively viewers respond to an ad and its ability to contribute towards long-term brand growth. Around half of the ads in System1’s database score only one star, while only around 1% achieve the top five-star rating.

Friendship is another theme brands can tap into to achieve a higher star rating with older viewers, the report says.

Tesco’s ‘Sue’s ‘Dive In’ Crispy Pork Noodles’ ad, which is part of the supermarket’s long-running Food Love Stories campaign, features a group of older female swimmers enjoying a meal post-dip. The ad scored better among women over-55, with the ad achieving 3.3 stars among this age group compared to 2.9 generally, and almost four in 10 women over 55 (39%) listing friendship as one of the ad’s top associations.

Depicting older friendships dispels stereotypes of loneliness that can be associated with people in old age, the report says.

Stereotype and risk your downfall

Avoiding stereotypes about older people is crucial if brands want to effectively reach this group through their advertising, according to the report.

What3words’s ‘Neighbours’ subverts expectations by showing a young man getting outwitted by an elderly couple. This scored 3.4 among those aged over 55. According to System1, this is a strong score for an “unfamiliar” technology brand.

Ads in System1’s database that tap into “schadenfreude” – pleasure at the misfortune of others – do particularly well. However, advertisers need to be careful they do not overuse this and appear looking cruel, the report suggests.

Demonstrating respect for the older generation is another theme that brands have used to effectively reach this age group, finds the report. The International Olympic Committee (IOC) released an ad in 2021 which made Agnes Keleti, the world’s oldest living Olympic Champion, the focus. The ad celebrated Keleti’s achievements and experience and scored 4.3 stars with over 65s.

For advertisers, older consumers should be much more a considered target audience, but they are a hard audience to please.

The fifth theme involves presenting older people as part of society as a whole. Cadbury’s ‘Fence’ depicts young and old characters coming to agreement and understanding after initial strife. The ad achieved a score of 4.9 stars among over 55s. Indeed, in 2019 the ad topped System1’s effectiveness ratings for that year.

The final theme that has emerged from the research is the potential of celebrities in reaching older audiences. Of the seven ads tested which scored four stars or higher among the custom older sample, four of them starred a celebrity.

“For advertisers, older consumers should be much more a considered target audience, but they are a hard audience to please,” summarised ITV’s director of client strategy and planning Kate Waters, speaking about the report at Marketing Week’s Festival of Marketing last week. 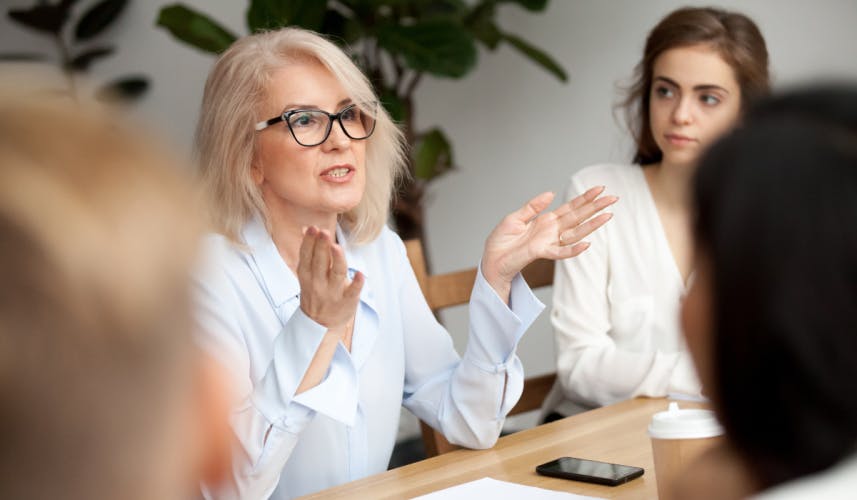