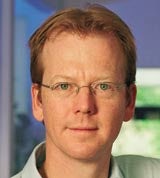 Marketers are being warned they need to take swift action to protect their brand names online, as the launch of a range of new internet domain names approaches, in particular the .eu suffix.

Jonathan Robinson, business development director at internet name registration company NetNames, says British brand owners should make sure they have registered their company name and brand names with the .eu suffix to avoid problems with either cyber-squatters or other companies with similar names.

Robinson points out that before registration is opened up to everyone, there is a short “sunrise period” during which those with existing claims – either because they already have particular Web addresses or because they are trademark holders – can stake their claims to a .eu site.

Robinson says that while British companies appear to be unconcerned about the .eu suffix, there has been enormous interest from companies based in those countries that have only just joined the European Union – “they want to establish themselves as ‘European’,” he adds. At the same time as the .eu suffix becomes available, two more suffixes – or Top Level Domains (TLDs) – will be released: .jobs and .travel. Earlier this week at a meeting in Luxembourg, the Internet Corporation for Assigned Names and Numbers (ICANN), the body that regulates website names and addresses, approved two more TLDs which will be available for use next year – .xxx for sexually-explicit websites and .mobi for online services accessible from mobile devices. Registration of names for .mobi will be handled by mTLD Top Level Domain, a joint venture whose backers include Hutchison 3G, the GSM Association, Sony Ericsson, Microsoft, Nokia, Samsung, T-Mobile and Vodafone.