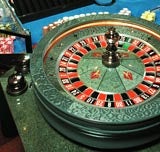 The Government says it wants Britain to become the leading player in the global gambling industry. But the UK’s bid to become a respectable and successful player at the gambling table could be threatened by the antics of some online gaming companies. UK gaming companies claim that these companies – based overseas – are intent on taking a slice of the domestic market by circumventing confusing legislation that restricts the advertising of online gambling.

It is illegal to operate an online casino based in the UK, but the recent Budd Report (The Gambling Review Body Report 2001) advised that that restriction be abolished. Until a change in the law is introduced, UK casino companies, determined to protect their market share, have been forced to set up online operations abroad. Theoretically, casino companies and online companies based overseas are obliged to follow the terms of the Gaming Act 1968 – which governs gambling through casinos and lotteries – if they wish to advertise in the UK. According to Tom Kavanagh, secretary of the Gaming Board – the regulatory body for the UK casino industry – the legislation states that gaming operations outside the UK are limited to simply advertising their existence.

He says: “They may not issue an ad that invites the public to ‘subscribe money’. If one says ‘we’ve got an Internet casino’, that’s legal. If one says ‘send us money’, that’s not.”

Legitimate UK gaming companies, with online operations based abroad, will be careful to obey the legislation. However, they fear that online companies based overseas, which are being squeezed out of the US, may not be so vigilant.

At the end of last year, credit card companies stopped honouring transactions to online gambling, which is illegal in the US. Card issuers claim that this is because the transactions could be illegal, but other industry figures claim the move has more to do with preventing large-scale fraud through the use of stolen or fake cards. Whatever the reason, UK gaming giants believe that the companies based overseas are planning major marketing campaigns in the UK, some of which will no doubt follow the letter of the law. But they fear that other, less scrupulous, overseas operators may not, and may in the process jeopardise the future of online casino gambling in the UK.

It is not just their marketing tactics that are in question. Many UK operators believe that a significant number of online casinos based overseas are at the very least biased against players – the software may allow the “house” to set the percentage pay-out for roulette, for instance – and at worst downright crooked. And it is not just the casinos that may be cheating the players: other players in an online card game – poker, for instance – may be cheating by communicating with each other by phone or e-mail. One UK industry executive says: “Personally, I think anyone who bets with an online casino is a Muppet.”

Industry insiders also claim that time is running out for the Government to clamp down on disreputable overseas-based online casinos, which threaten the establishment of the UK as a home to a multitude of virtual Las Vegas-style casinos, in accordance with recommendations contained in the Budd Report.

There are moves in the US to make online gambling legal. Proponents argue firstly that the country is losing out on hundreds of millions of dollars in tax revenue and secondly that legalisation would allow for proper policing of the sites. If the US legalises online gambling, the UK could lose out by failing to establish a reputable online casino market first.

Elsewhere, in the sports betting category, the UK Government has moved to tighten legislation on overseas-based gambling operations, by updating the Betting and Gaming Duties Act 1981.

It is not illegal for people living in the UK to place bets with a bookmaker based overseas. However, under the 1981 act, it is illegal for an overseas bookmaker to advertise its services in the UK, or for a British bookmaker to act as an agent for an overseas one. UK-based betting site operators are also limited in their use of advertising, according to a spokesman for UK site owner Blue Square, part of Intercapital, which also owns financial spread-betting company City Index. He says they are allowed to sponsor TV and radio shows, as well as advertise on radio, but not on TV. But at no time are they allowed to issue a “call to action” to viewers or listeners to actually bet.

In April’s Budget, the Chancellor introduced amendments to the 1981 act, making it illegal for anyone in the UK to act as a “bet broker” or to have in their possession any advertisement, or other document, that promotes overseas bet-brokering activities.

However, it is not clear to what extent these new regulations will curb the use of overseas-based companies and boost UK-based operations.

As an executive with one UK company, with interests in betting and casino operations, says: “The UK Government wants to make this country the world centre for online gambling – but how is it going to stop Britons from spending their money on overseas sites? Just how the hell do you regulate the Internet?”

Another casino operator highlights the double standards that seem to apply to the UK’s attitudes to gambling. He says: “The Government wants to make the UK the centre for world online gaming. It is saying we want to be raking in the chips and making profits from gamblers in other countries, but we don’t want our citizens to spend money with overseas sites. That’s so hypocritical.”