The UK’s cutting edge work received much praise from the judges at the 2005 Epica creative advertising awards. The UK was the biggest winner of golds – collecting 15 awards – while DDB was crowned the top European network after collecting six awards. By Stuart Smith

The 2005 Epica creative advertising awards – the nineteenth in the series – offer a rare insight into some interesting European comparatives. Which are the strongest networks and agencies? Where is the best work coming from? And what trend, if any, can be detected from looking at the work of previous years?

The answer to the first question is DDB, which scored six winners, followed by JWT and TBWA with five apiece. The strongest individual agency was TBWAParis with four winners. It was especially visible in print (helped along by the continuing strength of the PlayStation work); but its most singular contribution was the lengthy animated commercial for Aides Aids Awareness, which won the public sector prize.

Viewed from a national perspective, however, Britain continued to turn out the cutting-edge work. It took 15 golds, out of a total of 64, against second-placed France with 11, and Sweden and Germany with six each. All the more remarkable since it was only third measured by the number of total entrants, and that figure was down from the previous year.

But what of the individual work? No surprise to find that print was, once again, very much weaker on average; or that internet creatives still have some way to go before fully mastering the medium. One honourable exception included the viral work for Axe deodorant spray – Ravenstoke – which was filmed in the authentic style of a US network news item (though the plot was predictably preposterous). Other highlights, in the print area, included competent work from D’Adda, Lorenzini, Vigorelli.BBDO in Milan with its Perlan Black magic detergent campaign, and the Dove Real Beauty campaign from Ogilvy London.

The winner, however, came from Portugal (a first), or more specifically Foote Cone &amp; Belding, Lisbon. Grande Reportagem is a news magazine recognised for its robust independent reporting and photo-journalism. The campaign theme (Meet the World) exploited the idea of using various national flags to symbolise social, political and economic issues specific to that area. So, for example, the dominant red background of the Chinese flag represents the proportion of 14-year-old workers in China, while the smaller yellow stars are the number of children at school. And so on. Grande Reportagem won the Epica d’Or in a final vote in a run-off against an ambitious Swedish campaign for the Stockholm Stadmission by Shout, designed to highlight the plight of the homeless. 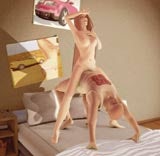 In the film category, the competition for the Epica d’Or was much tougher. There was no obvious overall winner like Honda’s Grrr last year; on the other hand there was no shortage of superior work, either. Notable category winners included Contrapunto Madrid’s dreamlike work for Metro de Madrid (“Transparent”) and Aker ASA’s corporate image campaign devised by Grey Worldwide Oslo. The latter (“Nutcracker”), though flawed and overlong, was a refreshing contrast to the banality of most business-to-business advertising, and featured a strong storyline and some interesting montage work.

Fallon London’s work for Sony Bravia LCD televisions (“Balls”) – with its backdrop of the streets of San Francisco – was also highly regarded. But in the end, the top prize came down to a duel between RAF Stockholm’s slick parody of the fashion world (“Karl Lagerfeld for H&amp;M”) and AMV.BBDO’s latest Guinness execution.

AMV’s NoitulovE it was, which is – for the uninitiated – “evolution” spelt backwards. This is the latest, and perhaps ultimate, execution of Guinness’s long-running “Good things come to those who wait” theme. Well, it can’t be any longer since the span of the ad is a time-elapsed 500 million years. The plot, for anyone who hasn’t seen the ad, shows three lads enjoying their ultimate reward, Guinness, in a contemporary bar and then transports them backwards through their evolutionary trajectory, from prehistoric figures, primitive mammals and birds all the way to a trio of pop-eyed proto-organisms taking their first sip from a not very tasty puddle of primeval soup. In other circumstances, NoitulovE might have seemed a gimmicky surrender to overproduction, but the strong fidelity to an established Guinness advertising theme, not to mention the panache of the production, carried the day.

Epica entries in 2005 were up 5 per cent at 4,987. The creative awards are unique in being judged by journalists covering the sector, rather than creatives.