The report, produced by digital think tank L2 in partnership with personalisation specialist RichRelevance, collected data on the sophistication of brands’ omnichannel capabilities, such as store locator services, promotion of in-store events, online pre-ordering and free shipping. They were scored on a scale of zero to 10 depending on the degree to which they encourage online and offline behaviours.

Of the eight major department stores and supermarkets surveyed, including John Lewis, Tesco, Boots and M&S, none were deemed to be “ecommerce role models” with six falling into the “laggard” category. Only John Lewis scored highly on its in-store investments, while Boots was praised for its e-commerce focus.

In the US, where L2 surveyed 100 brands, just four – Walmart, Walgrees, Guess and Saks Fifth Avenue – are ecommerce role models although a handful of others just miss out. Some 13 are considered “in-store focused” while 11 are ecommerce focused. The rest are categorised as “laggards”.

L2 says UK retailers are failing to prioritise big omnichannel investments such as ship from store and free shipping that are popular in the US. While they are ahead in click-and-collect, with 44 per cent of retailers offering the service compared to 21 per cent in the US, according to comScore, they are neglecting other areas, says L2.

“Despite the penetration of click and collect, the UK trails the US with broader omnichannel programming. Organisations headquartered in the UK may be too narrowly focused on [click and collect] at the expense of ecommerce growth,” says the report.

Claude de Jocas, research associate at L2, says part of the reason why the UK has fallen behind its US counterparts is the dominance of Amazon in ecommerce – everyone in the top 10 major cities lives within 200 miles of an Amazon fulfillment centre, she says. In the UK, that number is 69 per cent.

However, she warns that as Amazon increases its presence in Europe, UK retailers will need to up their game to make sure they can compete.

“As Amazon continues to dial up its presence in Western Europe, we expect UK retailers will experience the same burning platform as their UK counterparts and will dial up omnichannel investment accordingly, leveraging their stores as the first line of defence in the e-tailer wars,” she says.

UK retailers need to focus now on how best they can support consumers who shop across channels, de Jocas adds. In particular, they should be investing in their staff, providing proper training and compensations.

“They are a retailer’s most visible ambassador and it is vital that they are able to deliver on the omnichannel vision during day-to-day sales activities,” she says.

Want to know more about omnichannel marketing? This November, come down to our Festival of Marketing on November 12-13 in London and learn from speakers in our dedicated multichannel sessions. Click here for more information. 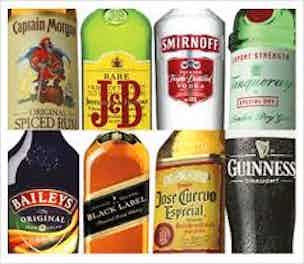