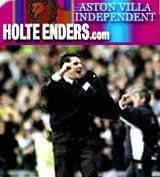 The UK’s sports website market is on the point of consolidation, according to a well-placed source.

Leading players such as Sports.com, Sportal.co.uk, 365 Corporation and Rivals.net have recently been holding discussions about mergers and joint ventures.

“There’s been a lot of shuffling between offices and pitches for collaboration being made,” says an industry insider. “Now that the advertising market has fallen apart, many sites lack alternative revenue streams.”

Rivals.net claims it is in a strong position, despite unconfirmed reports that its US counterpart, Rivals.com, has laid off all its staff. Mark Terry, communications director at Rivals.net, a network of independent European sports sites, says the company has already financially distanced itself from the US.

In recent figures released by Jupiter MMXI, Rivals.net tops the sports website category for the first time, with 212,000 unique users. Skysports.com is second, with 208,000, followed by Teamtalk.com, with 199,000, and Liverpoolfc.net is fourth with 155,000 unique users. Sportal, Sports.com and 365 all fail to make Jupiter’s cut-off point, which requires a one per cent reach of the at-home UK Internet audience.

Despite its relative success with Jupiter’s measurement, Rivals.net claims a substantially higher number of unique users. In its January audit by ABC Electronic, the figure was put at 610,000 and Rivals.net’s Terry claims this rose to 700,000 in its own unaudited February figures.