The first set of data reveals a regional breakdown of audiences, the proportion of ABC1 user a website has and what share of the audience is a household’s main grocery shopper.

The January data revealed Google was the top raking site for traffic, with 60% of its audience ABC1 and 38% being the main grocery shopper.

Douglas McArthur, chairman of UKOM, said, “Today’s release of December 2009 data is a truly significant milestone for the online ad industry for delivering comparable audience measurement data to other, established media channels. This first data represents an immediate improvement in the knowledge and confidence around online advertising for advertisers, agencies and media owners.”

UKOM announced the details of the panel-based measurement to the industry in October 2009 and was widely supported as a way to grow brand budgets online.

Tesco’s chief executive, Terry Leahy, has criticised the government’s plans to introduce a watchdog to settle disputes between supermarkets and suppliers, claiming it could hurt consumers. 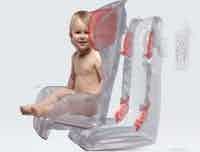 Diageo, owner of the Guinness and Smirnoff brands, has hailed its “focussed” marketing spend as it reports an increase in sales.