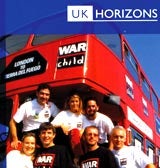 UKTV, the joint venture between Telewest-owned Flextech and the BBC, has postponed flotation plans until next year at least, owing to the current economic climate.

Reports had indicated that final approval for the flotation of UKTV was dependent on the completion of a review of the corporation’s commercial arm, BBC Worldwide, by the BBC director general Greg Dyke.

But a spokeswoman for UKTV says: “It’s not going to happen this year because the economic climate is not right. It appears nothing is planned for next year either.”

Telewest chief executive Adam Singer revealed at last year’s Edinburgh International Television Festival that shareholders were in talks about selling off a stake of more than 20 per cent of UKTV, valued at about &£1bn.

BMP DDB recently won the &£11m creative account for all of the company’s channels, except UK Play (MW March 15).

UKTV has established a loyalty club for viewers of UK Style and is launching a website for the channel later this year.