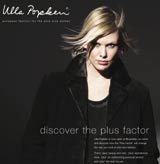 Ulla Popken has just opened its first outlet in Bluewater, Kent, and plans to roll out 75 stores in the next five years, with outlets at Lakeside, Essex and Touchwood, Solihull, due to open shortly.

The retailer first launched in Germany and has 300 stores in Europe. There are three stores in Ireland under license to businessman Gerry O’Reilly, who is bringing the brand to the UK mainland.

Fox Kalomaski has been tasked with developing the Ulla Popken name as an upmarket brand in competition with specialist retailer Evans and Marks &amp; Spencer’s plus-size range.

The agency is using radio and press advertising and direct marketing in tactical campaigns. It will develop a loyalty card and CRM programme. It is also overseeing the creation of a website and will conduct a search for the “face” of Ulla Popken.

Fox Kalomaski specialises in marketing for travel and retail accounts. Its other clients include Allders Food Services, Kingdom of Leather, Beales and Bluewater.