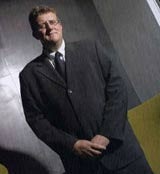 Nobody in marketing communications has as yet offered the view that it’s all about “integration, integration and integration”, but it is surely only a matter of time. It has become one of those “givens” we bandy about these days, having forgotten what the tangible benefits should be. As for the potential downside, this is rarely discussed at all.

“Integration” didn’t come about just so that marketing directors could show lots of identical ducks in a row at board meetings. It emerged as the sheer number of media channels available to us exploded from the late Eighties onwards, and turf wars between so-called above- and below-the-line agencies started to get out of hand. But what began as singing from the same hymn sheet has, at times, resulted in the entire choir singing falsetto.

I think the time has probably come, not only to better define how to go about what everyone agrees we need, but also to move on from the word with which we’re now saddled.

Let’s return to the point of it all. The goal, surely, is to maximise the agreed brand positives in every relevant channel available to us. Two obvious key words stand out: brand and channel.

Brands are about far more than individual executions, or even, over time, individual campaigns. At their core, they are about an ethos delivered via a series of “brand clues”. This comes across via tone of voice and an image and personality with which the customer feels an affinity. Without doubt, obvious signals such as typeface and logo continuity are important. But a brand must mean more than one visual idea or one headline.

Obvious examples of brand continuity over the years have been BMW, Stella Artois and Tesco, all of which have used two or more campaign vehicles and several agencies, while remaining clear about what they stand for. Closer to home, our campaign for M&G Investments began with a rigorous examination of the brand’s ethics and the target market, as a result of which the brand now stands head and shoulders above other providers.

However, the power of that campaign has been exploited to the full in every channel – not by a one-size-fits-all mindset, but rather by looking at each channel in turn as a carrier of the brand credo.

A 48-sheet poster represents a very different opportunity to an existing customer mail-shot. Partly because of obvious differences in scope, but also because of that word rarely heard nowadays, aperture. The drivers travelling past a 48-sheet poster represent a small aperture through which to communicate. But not all 48-sheet sites have the same aperture. For M&G we chose cross-tracks in favour of drive-past 48-sheets, because of their higher consideration time and better chance of communicating our reasoned message. Equally, the existing customer recipient of a mail-shot is a different aperture to a competitive or lapsed user.

In short, each communications task will suggest the ideal channel and customer mix. The brand ethos is always the same, but the means and targets for communication vary enormously.

A client once said to me that he wanted “total synergy” between channels because it was necessary to “flex the brand’s muscles”. For me, flexibility is more crucial in the drive to create optimum effectiveness. It’s very painful trying to flex your muscles in a straitjacket.

Sadly, integration in all its social and commercial guises does suggest “coming together” in the sense of everything being the same – the “matching shoes and handbag” approach to integration. As I said earlier, I’d like to move on from this to a better expression.

While I agree with the thesis that truly simple, great ideas are media neutral – another contemporary buzz-term – it immediately strikes me as being a sort of defeatist oxymoron. The thought of trying to make the idea neutral enough to fit all media is certainly a recipe for creative banality – more neutered than neutral.

Synergy doesn’t do a lot for me either. It’s one of those words that has slipped into usage over time. Its root as a term lies, again, in the thought of things not jarring, “going together” well. As used by people in everyday commercial terms, it can be something worthwhile to ask oneself “Is this tactical promotion synergistic with brand strategy?”. However, it can also be just another tool with which to make something “off the peg” fit a channel that is crying out for the tailor-made. Frequently, the word is used lazily, which can be very dangerous.

Cohesion is clearly crucial. It is part of the way to where I think we should be. Thus, as the media available can perhaps be seen as a jigsaw (an image I find realistic and appealing), every piece must fit its slot perfectly. But this still leaves the possibility of the resulting image not being clear and inviting to consumers. And it is, I think, with the target markets – made up of customers in various stages of brand approval – that we must begin.

While we are trying to optimise brand positives, the goal is to get the right type and intensity of response from customers to the brand. The problem with “integration” as often practised is that it obsesses about input when the response output is far more important. The single most vital thing upon which to agree, for all clients and anyone involved in the creative process, is “how do we want people to respond to this communication?”. In this context, the commercial asset above all others we are both developing and protecting is the brand. And what we’re after is the optimal brand response.

The best response will inevitably be to a coherent presentation in every situation. In terms of the offer, the brand messages we are sending through other channels, within the confines of each channel and for each individual aperture.

To be coherent, we must retain language and tone, not say the same thing over and over again, whatever the circumstances. Every message should be recognisably from the same ethical brand source. Not, I think, from the same machine offering only one size of key to fit every door.

1992 Head of direct marketing at BT