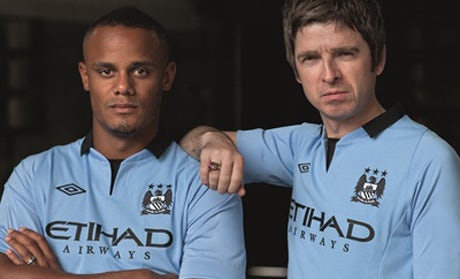 The new kit was unveiled yesterday (6 July) by former Oasis guitarist Noel Gallagher and the club’s captain Vincent Kompany. It marks the last kit made by Umbro, which will be replaced by parent company Nike next year.

Earlier this year, the Premier League champions launched the ‘Show Your City’ competition with players including David Silva Samir Nasri and Mario Balotelli all encouraging fans to suggest ways they would launch one of the new kits.

A series of ‘fan launches’ will take place over the coming weeks, beginning with shots captured by music photographer and City fan Kevin Cummins.

The home kit keeps the club’s traditional sky blue colour, while the away shirt sees a return to the maroon colour worn by the FA Cup winning teams of 1934 and 1956, which were also produced by Umbro.

Noel Gallagher says: “The new home kit is pure class. It might be the best one we’ve had in a decade. As modern and radical as it is though, it’s nice to see Umbro keeping our heritage alive in the new away kit. The best dressed defending champions of all time? No doubt.”

The campaign is the latest in a series of digital initiatives over the last 12 months as the club looks to take advantage of its growing brand value and engage with more fans. Manchester City has said that online channels such as mobile and Facebook are a key part of its marketing strategy, which it is using to build a loyal global fan base that it will stay with the team rather than moving on when it stops winning games.

The club signed a six year with Nike in a deal reportedly worth £12m a year in May. 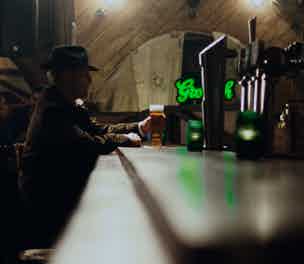 Grolsch will back the launch of its new world beer positioning with a £1.3m marketing campaign as the brand looks to take on the likes of Peroni and San Miguel in the fast-growing sector.