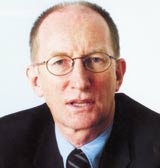 The United Nations has appointed Leagas Delaney to a global brief for its Millennium Development Goals campaign. The Millennium Campaign was first launched in 2000, pledging that by 2015 the world will be rid of the extreme poverty that affects 1 billion people globally.

Leagas Delaney will handle all communications for the UN project, creating advertising as well as overseeing its public relations strategy. It will also create a new logo and identity for the campaign. The UN gave the project to Leagas Delaney without a pitch following discussions with chairman Tim Delaney in New York. Millennium Campaign director Shalil Shetty oversaw the appointment.

The agency has worked with the UN in the past, when it was appointed in 1999 to create advertising for the United Nations Development Program, which featured Brazilian footballer Ronaldo.

Leagas Delaney says that its work for the Millennium Campaign will target the young, as they are more likely than other age groups to put pressure on their governments. It is already talking to media partners and is hoping to persuade celebrities to support the campaign.

Leaders from 189 companies signed up to the Millennium Campaign in 2000. However, countries have already begun to fall behind the set timetable and the UN is looking for ways to increase pressure on governments round to world to meet their pledges.