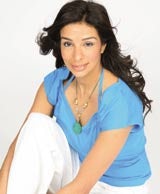 Bargain retail chain Underfivepounds.com is looking for a media planning and buying agency ahead of its first national marketing push. The company was set up last April to offer gifts and gadgets.

Previously media planning and buying was handled in-house on a local and regional level.

The campaign, which has been earmarked for later this year, will promote the online and high street retailer’s cut-price clothing range which aims to compete with value retailers Primark and Matalan. All fashion clothing, including skinny jeans and white linen trousers, sells online and in the chain’s ten high street stores for under five pounds.

Founder Harjeet Johal says the move into clothing follows the success of budget retailers such as Asda and Primark.

Underfivepounds.com – also the name of the high street stores – hopes it can gain advantage over competitors in the online arena. Johal is also planning further high street outlets.