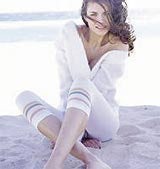 Upmarket German hosiery, socks and sports underwear company Falke Gruppe is launching a range of specialist sportswear in the UK and Europe. The range, called Ergonomic Sports System, will hit the shelves in January 2006.

Falke is the UK’s fastest-growing hosiery brand, and has already branched out into sports-oriented underwear. It is now looking at extending its product range by launching seamless T-shirts and garments designed to be worn over underwear but under outerwear.

Insiders say the launch is part of a European drive to position Falke as the leading brand in sports apparel. The marketing strategy is being lead by Daniel Schaffo, who has been brought in from German sportswear rival Odlo to head the marketing of both sports and fashion.

The launch will be supported by a six-figure UK marketing drive – double last year’s budget – with press advertising in niche titles such as Runners World and The Great Outdoors. The company will also sponsor outdoor instructors and promotional activity for the London and Berlin marathons, and plans point-of-purchase material for sports shops stocking the new range.

Falke UK managing director Christian Dieng says the range is a natural extension of the brand, which already produces sports socks and underwear and sells mainly through department stores. The German brand is aiming to gain market share and greater brand recognition in the UK, he adds.