The TV ads, created by Abbott Mead Vickers.BBDO, are supported by a fully integrated marketing campaign press ads, outdoor ads and digital activity which will roll out in three phases.

The campaign focuses on five key rights children should have; right to a childhood, to be healthy, to be educated, to be treated fairly and to be heard, and features five children from around the world who have received help and support from Unicef.

The first phase of the campaign breaks on 8 February with TV ads across terrestrial and digital channels and will feature Unicef UK ambassador Ewan McGregor as the voice of the campaign.

The second and third phases will see a 60-second direct response TV ad and a direct marketing campaign to solicit donations.

Unicef UK executive director David Bull, says the campaign marks a “transformative moment” for the charity and is the start of the long-term initiative to build public awareness and support. 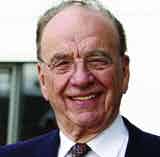 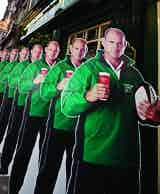 Brands are ramping up their Rugby Union-related sponsorship and marketing activity ahead of the start of the RBS Six Nations this weekend (6 February).