Yet another report has been released disparaging brands for causing families to end up in a “materialistic trap”, but are brands really at fault?

Today’s report from Unicef and Ipsos Mori claiming that brands’ influence in the UK is adversely impacting family life can be added to the pile of literature pointing the blame at brands for just about everything that is wrong with British society today – the sexualisation of children, the riots, obesity and heart disease, the list goes on.

The report claims that a study of UK children and families compared with Swedish and Scandinavian ones shows that UK children are more vulnerable to the pitfalls of a materialistic culture than their European counterparts, and, shock horror, they do not spend enough time with their families.

They have even come up with a new catchphrase, ’brand bullying’, to describe how British parents are under unreasonable pressure to buy material goods for their families to make up for not spending enough time with them, forcing a culture of long working hours to pay for the said goods.

The report has given its author, and long time lobbyist against marketing to children, Dr Agnes Nairn, yet another platform to call for a ban on TV advertising aimed at children younger than 12. Unicef has further fanned the flames by adding that the Government needs to help families “fight back against materialism”.

To the study’s credit, it appears to be realistically highlighting the impact of public spending cuts on local family and youth resources, particularly on low income demographics. It also serves to compare cultural differences between the UK, Spain and Sweden, with Spain placing a greater focus on extended family helping with child raising, and the Scandinavian lifestyle of more shared parental duties.

If the study had covered more of Europe, it would have unveiled that the British culture of working long hours is simply that – a culture -and has little to do with brands and marketing. The French, Italians and Spanish are infamous for making a point to stop and enjoy lunch, with most of Italy and Spain observing a daily “siesta”, while we here in Britain just love to eat a pre-packed sandwich at our desks.

This is not the fault of brands, but the product of cultures that have evolved over many years. (And is it worth also pointing out that Spain’s economy is in a greater state of disrepair than Britain’s?)

I would even say that all three of the cultures I mention above would be as brand-conscious, or if not more, than we are in the UK, with the former two being the home of the world’s top luxury brands.

All that was missing from the report released today, it seems, is the tenuous link to brands and the denigration of society, to snare Unicef and Ipsos Mori a few gratuitous headlines.

Children in all three countries told researchers that their happiness is dependent on having time with family and friends and having plenty to do outdoors. If anything, this has greater links to cuts to public spending than it does to evil brands.

And, if anyone dared to look into brands and families, like we did for a Marketing Week cover feature back in March, we would see many examples of brands endeavouring to become productive parts of family life by developing relevant functions and propositions.

See here and here, to read about brands such as Nintendo helping families claim back family time.

And while in some ways I support Dr Nairn’s call for banning to advertising to under 12s where it is blatantly encouraging pester power, but what about positive brands such as LazyTown, which is now working with the Government’s Change 4 Life programme?

There is a lot more to the problems Britain faces today than the tactics of brands. I hope brands can continue to prove the Unicef report wrong. 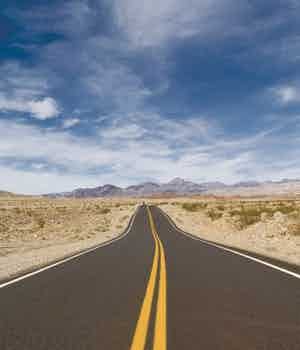 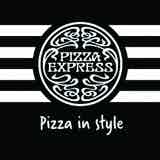 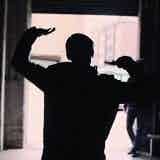