The partnership is connected to Unilever’s digital incubator initiative Go Global that has seen the company invest in digital marketing start-ups to “take risks” with new marketing platforms. As part of the deal Unilever will place native advertising on Upworthy and sponsor selected content related to sustainability in an effort to promote the Project Sunlight campaign.

Upworthy was founded in 2012 and last year was named by Fast Company as “the fastest growing media site of all time”. The site curates popular content from around the internet and repackages it with additional images, videos and trademark headlines designed to draw people in to articles via social networks. Detractors of Upworthy have criticised the site for adopting “click bait” tactics, with those “You’ll Never Believe What Happened Next”-type headlines sometimes failing to live up to the quality of the content users are linked through to.

Mathieu told Marketing Week that while Upworthy is famed for its headlines, the company was attracted to the site because its users engage most with the emotional content – key to building engagement with Project Sunlight.

He added: “To me what’s important, whatever [people think of the headlines], is that the overarching idea of worthiness is the very mechanic it is built on…their interests are the same as ours: the fundamental objective is worthiness.”

The Upworthy partnership also gives Unilever an opportunity to explore new platforms and marketing insights in a “non-mainstream” way. Mathieu says this fits with the goals of its Go Global programme, helping “start-ups scale up” and change Unilever’s approach to marketing as a result.

Unilever launched its Project Sunlight initiative in December last year in five markets including the UK. It aims to inspire people to see the future in a more positive light and help consumers live their lives in a more sustainable way.

In February Unilever signed a “seven-figure” deal with Guardian News and Media’s freshly launched content marketing division Guardian Labs. It has seen the publisher host native advertising around the subject of sustainable living in the Guardian’s Life & Style and Teachers network sections.

Mathieu said these efforts have already reached 10 million consumers in the first month alone and that Unilever saw particular success with a “save a banana” native advertising campaign that looked to raise awareness that 1 million bananas go to waste each year.

The subject of native advertising has sparked many debates at this week’s Ad Week Europe. Yesterday (1 April) at the event Mashable’s chief revenue officer Seth Rogin denounced the practice as “complete bullshit”. He added: “The word native means absolutely nothing…[it is mostly] about tricking people…some big sites are risking ruining their core value of trust and I would like for a global news site to stand up and say ‘absolutely not, no branded content here’.

When asked about the risks of native advertising potentially fooling consumers into thinking promotional messages are editorial content, Mathieu responded that in the case of Project Sunlight, Unilever has “nothing to hide”.

He added: “For me, the question about native should be more about being purposeful. We must make sure what we do people care about and that what we talk about does not feel alien.

“In the past it was about talking at them. I have talked before about moving from a model that has been creating a myth and telling it to finding a truth and sharing it. We need to find a model that people embrace. That’s a more natural procedure. It’s putting people over advertising.” 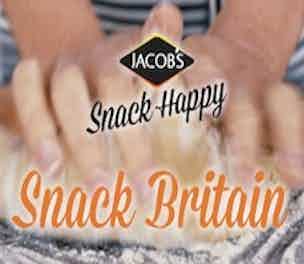 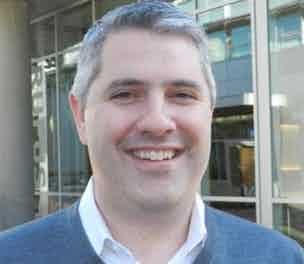 Marketing Week caught up with Dan Wright, Amazon Media Group’s European director, at Advertising Week Europe. He discussed the importance of iterative innovation, transparency over consumer data, confusion around native advertising and why marketers should look at consideration metrics over engagement.