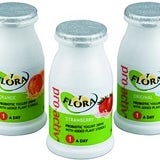 The main body advertorial, for its Flora pro.activ drink, featured Telegraph journalist Chris Jones writing about how combining exercise, a change in diet and drinking the product helped to reduce her cholesterol.

Underneath, text in bold stated: “If you’d like to read more inspiring stories and useful information about how Flora pro.activ can help lower your cholesterol, visit floraproactiv.co.uk”.

The Advertising Standards Authority found that although the main title of the advertorial stated “Flora pro.activ” and another heading read “in association with Flora pro.activ”, Unilever and the Daily Telegraph did not make it clear enough that it was marketing material.

Unilever said it was very common for advertisement features to have a journalistic style and regretted any confusion on the part of the complainant, although it felt the average consumer would not be confused by the ad.

The ASA concluded that the ad was misleading because readers may have understood the feature was a health and lifestyle piece and has told Unilever to ensure future advertorials make clear they are as such.

Separately, the ASA has also censured Virgin Media, following a complaint from rival BSkyB, which challenged that a direct mail campaign did not clearly identify itself as a marketing communication.

The mailing, sent in June, was contained in a jiffy bag, which the ASA said failed to make clear that it was sent with commercial intent.

The jiffy bag featured two lines of text stating “This package contains promotional material from Virgin Media” and “Please see inside for Legal Stuff” but the ASA found the first was considerably smaller than other copy on the envelope and could be overlooked. The regulator said the second statement, which featured on the back of the jiffy bag, was unlikely to be understood by consumers to mean the mailing was a marketing communication.

Virgin Media said because the copy on the on the front of the envelope was placed vertically, it stood out from other text, meaning there could be “no doubt” about the source or nature of the mailing.

The ASA has ruled that Virgin it must make future direct mailings more clear that they are marketing communications. 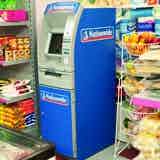 ITV has signed its first product placement deal for a peak-time show with an agreement between Coronation Street and Nationwide Building Society. 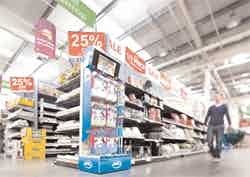 Rich media, measurement and integration of the marketing mix are among the hot topics when in-store communications experts talk shop with Marketing Week.