Branded video content is the key to building engagement with consumers, according to Unilever chief marketing officer Keith Weed.

Speaking to Marketing Week as Unilever revealed the winner of its “Consumer Creative Challenge” Weed says that brands need to find new ways to keep up with the demand for branded content and inviting consumers into the marketing process is one way to do that.

“We’re in a revolutionary time and the speed of change is amazing. We’re trying to find new ways of working alongside agencies to find a sustainable model to create content,” he says.

“One way is to turn to the people that Unilever is talking to and ask them to talk to us about the brands.”

The winning entry from Japanese filmmaker Ryoko Kawanishi for the Vaseline brand will now become part of the brand’s marketing.

Weed says that the winning film was chosen because it builds on Vaseline’s existing brand values but “set up new territories and has huge campaignability”.

In April, Unilever partnered with film contest community Mofilm to invite amateur filmmakers to submit creative films that could be used as branded video content for 13 of its biggest global brands.

The entries, from across the globe were judged by a panel of film and branding experts and the shortlisted and overall winning film will be used in Unilever’s future brand marketing. 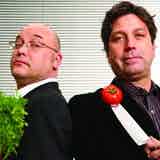 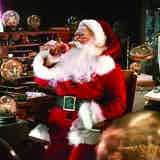