The two TV ads used a woman either walking or swimming and then being given a series of cards to hold that show her cholesterol going down. A voice-over during the scene stated that the women had started using Flora pro-activ when told they had high cholesterol and it was now “considerably lower”.

It goes on to claim that plant sterols found in Flora pro-active are clinically proven to significantly lower cholesterol, with both a voice-over and on-screen text stating that “No other food lowers cholesterol more”.

The ASA banned the ads on the basis that such claims could not be substantiated. Unilever says it has changed the wording to allow them to keep using the claims.

”While we’re disappointed that the adjudication has been upheld, we respect the ASA decision and have made amendments to the wording which allows us to continue using the claim that our product is clinically proven to actively lower cholesterol,” says the firm in a statement.

The decision is a blow for Unilever, which has seen sales of its margarine brands, including Flora and Bertoli slow. Value sales plummeted 13.3 per cent year on year to £184.3m for the 52 weeks to 20 July, while volume sales fell 11.5 per cent to 57.4 million kg. It blames this on a lack of marketing to health-conscious shoppers, a fact that it is trying to change with a multi-million pound push. 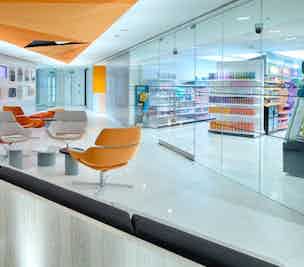 GlaxoSmithKline is looking to grow sales of its consumer healthcare brands such as Beechams, Sensodyne and Niquitin by opening an insights lab for retailers that it is selling as an opportunity to improve in-store marketing.

It’s not too late to enter the Marketing Week Data Strategy Awards 2014 as the deadline is now extended to 29 October.