Unilever has developed a ‘Tinder for ideas’ as it looks “to create double the impact in half the time and cost”.

‘Idea Swipe’, which was developed in-house, was inspired by the popular dating app that sees users swipe right to talk to the profiles of people they like and left to reject. It aims to speed up concept and idea testing, making it faster and easier for marketers to make decisions by doing it through the app, rather than, for example, trying to make decisions based on a lot of post-it notes stuck on a wall.

Speaking at the IRI conference today (9 July), Stan Stanunathan, Unilever’s executive vice-president of consumer marketing and insights, explained: “How do you evaluate a mountain of ideas with a molehill of a budget? If you want to do concept testing you end up spending an arm and a leg and at the end of it you are no wiser. We need to figure out a quick way to get these ideas evaluated [faster].”

The app uses behavioural economics to create questions designed to provide near-instant feedback. There are options for unique open-ended questions and for co-creation.

Stanunathan said: “Usually you can get a response in less than 24 hours or 48 hours and this costs less than a fraction of the money [compared to traditional feedback] and is incredibly insightful.

He added: “Our goal is to create double the impact in half the time and cost.”

The app is part of Unilever’s strategy to “bring thinking in-house” as it hopes to use technology to “minimise grunt work”.

Stanunathan explained: “You can minimise grunt work to leave more space for the ‘so what’ or the ‘why not’. We want to outsource process as much as possible and in-source thinking.”

Embracing technology is not a negotiable conversation, you either do it or you become a dinosaur

The marketer, who spent a decade at Coca-Cola, was clear that using technology was paramount to the future of marketing.

He said: “Embracing technology is not a negotiable conversation you either embrace it or you become a dinosaur”.

He also urged marketers to look at artificial intelligence with more neutrality: “Let’s not look at it as a friend or an enemy but a frenemy.”

Stanunathan added that creating useful technology at scale was necessary because the “the pace of change is never going to be this slow ever again”.

Stanunathan expanded on his point, saying that marketing has gone from mass marketing to mass customisation but this would soon evolve too.

He concluded with a word of warning to those resistant to the pace of new tech: “If you don’t change you will be changed.”

Diageo has a a three-pronged innovation strategy that aims to recruit new drinkers, engage current brand fans and disrupt the industry long-term. 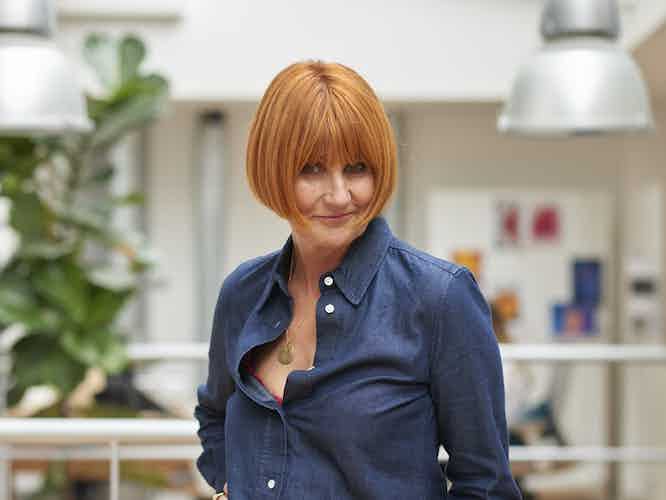 ‘Queen of shops’ Mary Portas believes retail is entering an exciting period where innovation is key and the future of the high street depends on community, connections and removing ‘friction’.