Unilever is getting its marketers to take DNA tests in a bid to challenge stereotypes.

As part of its Unstereotype initiative, the FMCG giant asked 63 of its top marketers to take geographical DNA tests, which acted as a “primer” to disrupt the way that marketers and agency partners, across UK, USA and The Netherlands, think about diversity.

They then received classes from psychologists at the University College London on how to stop stereotyping.

“The goal was to ‘unstereotype’ my marketers’ minds to make them more creative, do their job better and unleash the potential of our brand,” Aline Santos, Unilever’s executive vice-president of global marketing and head of diversity and inclusion, tells Marketing Week.

“It was amazing to see how our marketers took this test and were surprised about themselves. Many of them didn’t know their heritage that was coming from Asia or Africa. It was quite surprising.”

After the DNA test and classes, academics saw a 35% reduction in “stereotypical inferences from consumer data” (the tendency to stereotype consumers) among those who took part. The mix of agencies and marketers was chosen to recreate the normal environment that brands work in.

We have a huge responsibility in terms of how we portray people and how we put people into boxes.

Unstereotype launched in 2016 with the aim of eradicating stereotypes in advertising, but Unilever is keen to broaden this beyond sexist portrayals, which has been its primary focus in the past.

Unilever claims 96% of consumers now see its brands in a positive way and free of stereotypes As a result of the initiative, but Santos says this is not good enough.

“Even if 96% of what we are doing is right I wanted to make it even more effective, even more creative and with an even more original focus,” she explains.

Despite this, she is pleased with the clear difference in marketing in brands such as Magnum ice creams.

She notes: “For Magnum we had campaigns for years [with] very beautiful young girls but [they were] very stereotypical. But then we started to push the brand differently with representation including gay and transgender people.”

Magnum’s latest campaign features the oldest protagonist of a Unilever ad, Iris Apfel. “It was great to show the silver generation on TV,” Santos says.

The business case for diversity

Santos admits that stereotypes “can be useful” and “are used by all of us as a short cut to make decisions”. But she says brands have both a moral and business responsibility to broaden marketing beyond this.

“We have a huge responsibility in terms of how we portray people and how we put people into boxes,” Santos explains. “[It is] our responsibility to inspire people and give them the opportunity to be whatever they want to be.

“There is also a business element because every time you unstereotype and every time that you change the norm in a positive and progressive way, you get better results.”

Unilever has found that ads which consumers deem more progressive have a 28% uplift in purchase intent and are 35% more enjoyable.

“There is a noble cause, a responsibility from the companies, and a business argument so it is a total no brainier and that’s why more and more people are jumping [on it],” Santos adds.

However, it is not just about its own ads, with Unilever keen to shift the industry as a whole and have regular workshops with a range of brands to encourage others to “activate Unstereotype throughout their business”.

Collaborations have included BodyForm discussing its blood normal campaign and working with Diageo to create a diversity playbook that others can follow.

Santos says she tells others it is crucial to “start measuring” in order to chart progress. “It’s super important to create a metric which everyone can use and now with Unstereotype Alliance we have a metric that been used by anyone in the globe for free,” she explains.

Santos is clear that hiring the right talent is crucial to achieving more inclusive marketing. Unilever is committed to hiring more diverse candidates and has created an algorithm to “de-bias CVs”, which has increased the number of women in the corporation.

Unilever now has 49% of women in managerial roles but Santos says it needs to work more on visibility and intersectionality.

She explains: “Having the right representation is the first step but the second is [whether] your company – the culture and the behaviour – is really open to absorb whoever walks into this building”.

This is a movement which could start with advertising but should go beyond.

Santos admits that visibility is “an area that is totally untapped” but Unilever is making strides to change that.

Perhaps most notably, the company has created ‘Unstereotype Bootcamps’ to help teams foster an environment where minorities can speak up.

“[It’s] to make our teams understand the importance of a safe environment where people can have the space to speak up and people are really going to hear you,” Santos explains. “Inclusion is the key to unlock true representation and diversity.”

Unilever is also working on being “the preferred company for disabled people to work with” and has 20 pilots around the world which aim to discover different streams of working and “crack the code” that makes companies more inclusive to disabilities.

This also extends to LGBTQ+ representation, something which new CEO Alan Jope is keen to vocally support.

Santos says: “We have a very strong advocate in the voice of our CEO. He just launched an internal video talking about LGBTQ+ [people] talking about how this company stands for their rights and now it’s so successful we are going to do something for external [companies].”

She adds: “LGBTQ+ [people] have to find their home in Unilever.”

In five years’ time Santos predicts that mainstream advertising will be largely free of stereotypes and instead the alliance will broaden into other areas.

“It is going to [become the] norm and not something that people are going to debate,” she explains. “More importantly, it is becoming an incentive for women in many forms of life. [We need to] unstereotype education, health, politics, fashion, music.

“This is a movement which could start with advertising but should go beyond.” 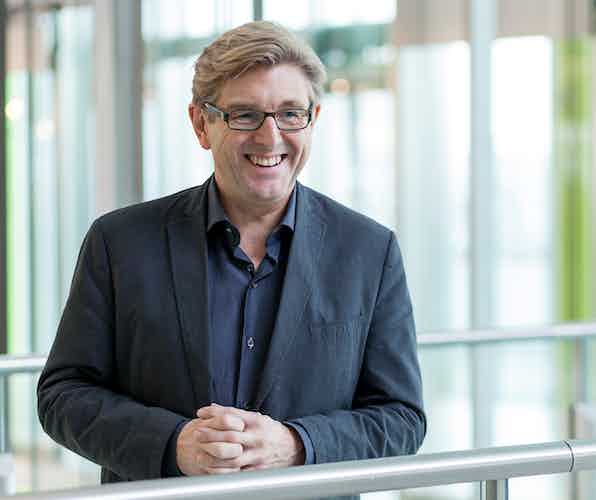 To maintain trust, comply with regulations and offer more effective personalisation, brands should offer consumers a variety of opportunities to communicate which kinds of content they want to see, when they want to see it.

With the furlough scheme coming to an end, businesses looking to cut costs in the absence of recovering revenues are planning to do so at least in part by cutting jobs.