The ‘Cupidity’ initiative launches worldwide today (1 May) and features four short films inspired by insights from teenagers about love. Each film tells a standalone story with the company banking on long-form content to ensure its new “Enjoy the ride, Love the ending” positioning resonates with teenagers.

The films will act as the online centrepiece to a campaign that spans TV, print, and social media. The brand also plans to develop additional films. Unilever hopes to use the initiative to provide a “creative outlet” for teenagers by offering young talent the chance to tell their stories.

The initiative, developed in partnership with crowdsourcing agency Mofilm and Ridley Scott Associates, was piloted in Turkey earlier this year where the films generated over 5 million views within the first week of launch. Of those, 62 per cent were from the 13-24 year-old age group, the company claims.

Ben Curtis, senior brand development manager for Cornetto, told Marketing Week that while the brand’s strategy has always been based around “love and teens”, this has not always come across in UK marketing.

He adds: “Love has always been in the DNA of the Cornetto brand. It probably doesn’t feel like that in the UK but when you look at what we’ve done globally with the brand, it’s an approach that’s worked well for us in other markets. With the revamp and short films we’re launching we wanted to pull that positioning together and make it more prominent across all our markets.

“The short films allow us to take more time to develop a deeper connection with teenagers in a way that we can’t in a 30-second spot. Also we know that our teens are always online, and are so creative.”

The content push is a shift in strategy for Cornetto, which has used traditional advertising methods in recent years to build appeal. Unilever has adopted branded content to help it connect other brands in its portfolio with consumers online. Last year it launched an interactive comic to promote a new Axe/Lynx fragrance for men and women and has deals with News Corporation and Viacom to sponsor made-for-web shows.

Earlier this month, Unilever outlined plans to position Cornetto as a snack brand rather than just ice-cream. The brand is planning to launch a range of sweets as well as new ice-cream products. Additionally, Unilever is using insights from sister brand Magnum’s current ‘Pleasure Hunt’ digital campaign to inform how it develops the game elements of its Cornetto marketing campaign.

Curtis adds: “We know that people tend to buy us instead of a packet of potato chips in the summer so there’s real opportunity there. We know we’re an ice-cream brand but through our pipeline of innovation and upcoming activity we can drive those snack ties at other times of the year.” 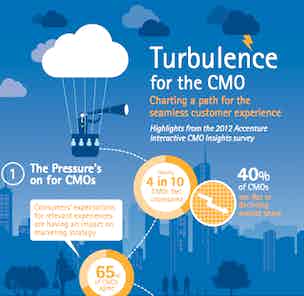 Four in 10 marketers believe they are not well prepared to meet their professional objectives and think a lack of clear digital strategy is holding back their company, according to a report by Accenture.

Regarding your ‘Privacy: for whose eyes only?’ article (MWlinks.co.uk/privacysell) into the likely impacts of looming stringent EU legislation, we need an alternative way forward; a collective effort at self-regulation that both prepares organisations for the impending regulations and demonstrates action to your customer base.