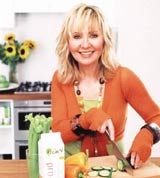 Unilever Foods UK is stepping up its bid to build Flora Pro-Activ into a major functional food brand with the launch of blood pressure- lowering yoghurt drinks.

The mini-drinks, which will be launched in autumn, will come in a number of variants and receive significant marketing support.

The launch will build on last year’s launch of pro-biotic yoghurt drinks, which were the first products in the Pro-Activ portfolio that were not solely cholesterol-lowering (MW June 10, 2004).

It will also reinforce the brand’s position in the one-shot health drinks market. MÃÂ¼ller Vitality, Yakult and Danone-owned Actimel are key brands in this market. Earlier this month, Unilever launched a range of one-shot drinks under the Knorr brand, which aim to give consumers their five portions of fruit and vegetables a day. Vie Shots are being launched with a £6m campaign.

Unilever is supporting the Flora Pro-Activ brand with a £3.5m campaign, which will break on July 1. Pop singer Lulu will star in reality television-style ads that show her taking a three-week Flora Pro-Activ challenge. The ads will be supported by a campaign in the women’s press and diary entries in newspapers.