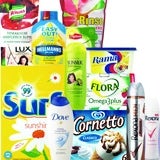 Ganczakowski took up the newly-created role of global vice-president, agency relations, in October last year but is now leaving to pursue a new opportunity.

CMO Keith Weed promoted her to the role from her position as global vice-president of heart health under his overhaul of marketing and communications at the firm. A Unilever spokesperson said she would be replaced in due course.

The reshuffle is aimed at supporting growth in the emerging markets, because the region now makes up more than half of total sales, which grew 4% to $58.3bn (£35.8bn) in 2010.

Why is this role important?
The departure of Ganczakowski on the eve of the organisational revamp leaves questions over how Unilever will look to work with its agency partners in the future under its new business model.

Already one of the world’s leading advertisers, Unilever chief executive Paul Polman recently used the Cannes Advertising Festival to urge agencies to “rework their structures to suit the digital age” just as the FMCG giant has done.

He said that the digital revolution was part of a series of “seismatic changes” that was shifting power from brands to consumers, and indicated that the company would be “reallocating budgets to enable us to make content in an always-on world’.

Ganczakowski was meant to be at the heart of these plans and her sudden exit will leave its agency partners, which include Lowe Worldwide, Ogilvy, DDB and SapientNitro facing a number of questions as to how best they should work together.

Quizzed by Sir Martin Sorrell over the best approach to make this happen with so many global agencies working with the company’s £2bn plus ad spend, CMO Keith Weed was confident the FMCG giant had structures in place that would stand the test of time.

Polman added: “Agencies must find new structures and adapt their methods of working to suit the digital age. The digital age is based around the consumer and not the client. As a company, we have recognised this, which has led to the series of noticeable structural changes of late. We expect our agency partners to follow suit in this.”

Recently Kraft vice president of marketing for Europe Daryl Fielding told MW that in working with agencies she prefers “a small number of decision-makers – especially around something creative, it is good business practice. Creative work is very subjective and if you have 15 people [deciding on it] you will dumb it down and you will get the work that everyone doesn’t dislike.”

Whoever replaces Ganczakowski must hope that the chemistry they have with the agencies in question is right, both for the brand and their businesses. 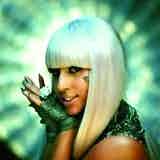 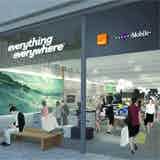