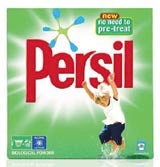 Unilever has appointed a marketing chief with global responsibilities for homecare.

However, observers in the industry say that the strategy has failed and only served to confuse and unsettle staff. One insider says that “significant people are still wondering where they are going” as part of the reorganisation. He also claims that the confusion could lead to delays in marketing initiatives, because key marketers are not in place to take the necessary decisions.

Unilever denies that the restructure has caused problems and delays, with a spokeswoman saying that the company remains committed to its goals.