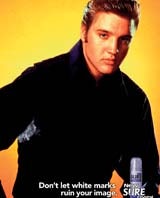 Unilever is investing heavily in advertiser-funded television programming with the launch of a Sure-branded football documentary.

Sure Fans United is a 13-episode factual series of 30-minute programmes that will examine the universal passion of football fans and their love for the game. It will be distributed globally in the run-up to the 2006 World Cup in Germany.

The series, planned and bought through MindShare, starts in the UK on March 22 on ITV1, and will then air in Germany and Russia before being rolled out across the rest of Europe and Latin America.

Unilever global media director Alan Rutherford says that while TV is still an important medium for the consumer goods giant, it needs to be used in new ways.

Rutherford says/ “This new project for Sure is a good example of the sort of approach we want to develop. It’s about using material that is relevant for consumers as part of a 360-degree campaign.

He adds: “Football is clearly relevant to the males who use Sure Sport for Men, and taps into a global passion because the series is about the fans, not the players.”

ITV brand partnerships director Gary Knight backs the project, adding: “The acid test for any show that has a direct advertiser investment is the same as any normal ITV commission – it should offer a compelling TV proposition and have the potential to attract viewers. Unilever and MindShare have clearly achieved those objectives.” The series was produced by Steadfast Television and distributed by SET, both subsidiaries of Apace Media.