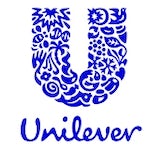 The gains were driven by new product development, increased investment in marketing and increasing sales in emerging markets.

Its personal care business, including Dove and Lynx, grew 7.9% during the period becoming Unilever’s largest category.

Unilever chief executive Paul Polman warned that while it has seen “encouraging results” in a difficult economic period, there are more tough times to come.

“We continue to operate under the assumption of slow economic growth, particularly in developed markets where consumer confidence remains fragile. We do not expect competitive pressures to ease and our ability to increase prices will remain constrained despite rising commodity costs in the second half.”

Rival Procter & Gamble posted results earlier this week showing that its profits were impacted by an increased investment in marketing. The firm reported a 12% fall in pre tax profit to $2.19bn (£1.37bn) in the three months to 30 June.