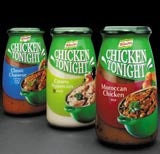 Unilever Bestfoods has promoted Antonie Stal, the chairman of its Netherlands division and of the spreads and cooking oil category, to the role of global president of the marketing foods division. He replaces Anthony Simon, who will retire on August 1.

The Anglo-Dutch company has not yet announced a replacement for Stal, who has held his previous pan-European role since 2000. He will now take responsibility for marketing across the entire Bestfoods business, which includes such global brands as Knorr and Hellmann’s.

Stal joined Unilever in Germany in 1981 as a management trainee and worked in a variety of marketing positions at Lipton, the soups and sauces category, as well as ice cream and frozen foods before becoming marketing and sales director of the Unilever Company in the Netherlands in 1990.

He was promoted to president of Unilever in Venezuela in 1993 and held a number of senior position across small South American countries, including senior vice-president for marketing of the culinary category, before taking over the role of chairman of Unilever Bestfoods Netherlands in 2000.

Simon is one of the company’s most senior marketers. He took the position of head of global marketing in 2001 as part of the Unilever merger with Bestfoods.

Unilever is reviewing the pan-European advertising for its Flora spreads brand, which is worth an estimated £25m.