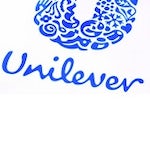 The pair argued over the use of social media.

Weed says the company’s decision to innovate is digital is as a result of “needing to fish where the fish are, not because they love digital”.

Sorrell and Weed clashed briefly over social media when the WPP chief stated that “traditional media is still the best way to build brands, and online about promotional”.

Sorrell suggested that social media are “the modern form of letter writing in many senses. it’s basically an editorial mechanism” and asked: “Should we keep it pure?”

Weed argued: “The idea that brands are going to pollute Facebook is not true at all. The challenge is finding a business model that extracts value.” He continued: “[Facebook etc] are running businesses. They will and they must [monetise them]. I think they will.” He added: “Social media is like word-of-mouth on steroids.”

Weed quipped: “Digital marketing is like high school sex: everyone is talking about it, few people are doing it and most are not doing it very well.”

Sorrell stated that research shows traditional media is still best for brand building but Weed pointed out that “brands are being built when consumers engage online”.

Weed stated that it is Unilever’s objective is to double growth whilst reducing environmental footprint and said: “Digitisation and globalisation feed off each other creating exponential impact,” and added: “The more digital you are, the more global you can become.

The more global you are, the more digital you can become. You have to be ahead of your consumers in digital, you cannot be at the same level as them”.