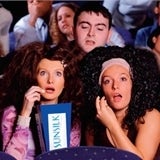 Unilever is investing &£6.5m in the UK relaunch of its “power brand” haircare range Sunsilk, the second revamp since 2003, in yet another attempt to take on market leader Procter &amp; Gamble’s Pantene.

The UK relaunch comes as Unilever introduces the Sunsilk brand into the US market, with an estimated $100m (&£54m) marketing spend. The range has been given fresh packaging and a new marketing campaign that revolves around “hairapy” – therapy for hair. The multinational food and consumer products giant has registered the web address, www.hairapy. co.uk, for the campaign.

It is believed that Sunsilk will use the Hairapy campaign in the US as well as the UK. Advertising is handled by J Walter Thompson. Sunsilk, Unilever’s biggest global haircare brand, is sold in 80 countries (although it goes under the name Sedal in Latin America).

As part of the US launch, Sunsilk is spending an estimated $10m (&£5.4m) on sponsoring a two-minute television show, which will be showing on Time Warner’s TBS cable network, although it may also be distributed as mobile phone “mobisodes”. The show, named “Sunsilk Presents Max and Katie”, is being made by JWTwo Entertainment, part of JWT.