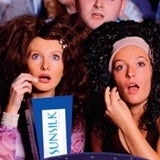 Unilever is aiming to repeat its success in turning Dove into a global power brand by adding gloss to its Sunsilk haircare range. The food and consumer goods giant – currently facing pressure from investors to be broken up following poor results – has announced a major packaging relaunch for the brand (MW last week) and new variants in countries where it is currently sold.

Unilever has put 6.5m behind the UK relaunch – the second in this country since 2003. It is understood the campaign will rely heavily on the idea that Sunsilk can offer “hairapy” – therapy for hair – with Unilever registering website address www.hairapy.co.uk. Meanwhile, a minimum of $100m (54m) is being thrown behind the brand’s introduction into the US.

While analysts agree that the giant Anglo-Dutch company has the marketing muscle to get Sunsilk onto the world’s supermarket shelves, not all believe it will be able to sustain the brand’s presence in the long run, or that it will be a cost-effective marketing move.

If Sunsilk is not a major success, Unilever could find itself in big trouble. One haircare industry expert puts it bluntly: “Unilever has been scrabbling around looking for a way to save the haircare business.” He adds that the $100m (54m) US advertising and promotions budget is a minimum, and that the total sums involved “will be share price-moving”.

Sunsilk is sold in 80 countries, and is being relaunched in many of them. A new marketing strategy and packaging are aimed at establishing it as a brand that young women can trust for friendly, peer-to-peer advice. Advertising for Sunsilk is handled by JWT.

Dove, with its “Real women” campaign, is frequently seen as an example of a successful global brand. But one financial analyst points out that while the extension of the Dove brand out of bodycare and into haircare was successful, in the sense that it took roughly 3% of the US market within a short time of launch, a lot of those sales came from cannibalising existing Unilever products.

That said, Sunsilk has been an enormous success for Unilever in the past decade. Success has come not from the world’s major English-speaking markets, but from emerging territories in South-east Asia and, in particular, Latin America, where the brand was relaunched as Sedal. Observers say the success of Sunsilk/Sedal in Latin America was driven by “a very strong marketing team in Argentina”, who then took the brand into other countries, most recently Mexico where it was noticed by visiting Americans.

Unilever says the products, planned for launch in the US in August, will be the standard lines sold in other countries. But some experts think that the giant has earmarked Sunsilk as the vehicle for a major, mass-market colourants launch. It is also possible that, given the growing importance of ethnic groups to US marketers, especially the Hispanic population, the US launch of Sunsilk could take many of its cues from Latin America, with a range of products specially designed for Hispanic hair types and advertising built around Hispanic cultural icons.