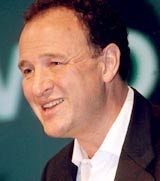 Unilever global media director Alan Rutherford says that the TV industry and advertisers are burying their “heads in the sand” over the impact of PVRs.

Speaking at Marketing Week’s 2005 TV conference, held in Paris last week, he said: “It’s not great news for the TV companies. Most of the ads are skipped through. What does that say about advertising? We have to find other ways of reaching consumers.”

He later added: “We have our heads in the sand here. I think PVRs are a major, major issue which the industry should focus on.”

But while the former BBC director-general Greg Dyke admitted that if he were an advertiser in a PVR world he would be putting his ads “last in break”, he did not believe that technology would be the death of TV advertising.

Jim Marshall, chairman of Starcom Group UK and the Institute of Practitioners in Advertising, said that research from his agency showed that PVRs could reduce commercial audiences by as much as ten per cent over the next three years, but he added that this does not take into account other methods of communicating to consumers using TV.

MindShare Worldwide global director of consumer insight Sheila Byfield said that early estimates had overplayed the impact of PVRs and her agency is now predicting that TV impacts will reduce by about six per cent by 2010.