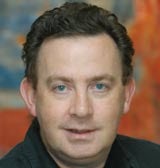 Unilever is to replicate the business structure of rivals Procter &amp; Gamble and L’Oréal as part of its plan to restructure the troubled company.

In an exclusive interview with Marketing Week, brand chief Simon Clift says: “Unilever’s structure is moving closer to rival companies Procter &amp; Gamble and L’Oréal. This is a radical change for the company.”

A home products president, who will, like Clift, report to board-level home and personal care president Ralph Kugler, is likely to be announced shortly.

Under the new structure, marketers on personal care brands such as Dove, Lux and Lynx/Axe from around the world will report directly to Clift, greatly expanding the number of managers he oversees.

Previously, central brand teams would encourage local markets to adopt brand activity, but the final decision was left to them. Under the new structure, the global brand development team will be under central control.

Clift adds: “I will be responsible for personal care, so everybody in personal care in Japan, the US and Europe, for instance, will report to me as opposed to the situation in the past where I had a global team that tried to coax people into doing the right thing. Because I am going from having 60 people reporting to me to having thousands, I am only doing personal care.”