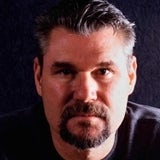 United European president Amanda Walsh is to leave the agency, according to informal sources. It is not known if she has a job to go to, but it is unlikely she will be replaced at the WPP agency.

Walsh, who joined the European network in 2004, returned to the industry after an absence of more than a year to take charge of its European network. At the time the network was called Red Cell. But last year it was rebranded as United under the stewardship of Andy Berlin (pictured) – the founder of Red Cell-owned Berlin Cameron agency in New York and the network’s chairman and chief executive.

The network has so far struggled to win a global network client. Alfa Romeo is its only pan-European business. It recently appointed start-up agency Krow to handle the launch of Alfa Romeo Brera, after the agency pitched against the incumbent and Mother (MW February 9).

Insiders suggest the recent “dream-team” hirings at United has made it difficult to justify the network’s six-strong management team.

This includes the recent appointment of Jim Kelly and Robert Campbell, as joint managing partners at United London; chairman and co-founder of United Steve Henry, who continues to retain his senior network role; and United chief strategic officer Charlie Robertson.