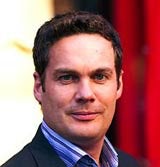 Universal Pictures International has appointed former Capital Radio commercial marketing chief Gavin Miller as marketing director for its home entertainment division. He will take over the role this week.

Miller, who left Capital after its merger with GWR Group, will be responsible for marketing Universal’s DVD releases. He replaces Darren Linton, who has moved into an international marketing role for Universal.

Miller joined Capital as commercial marketing director from Starcom Motive in August 2003. He replaced Linda Grant, who had been promoted to head Capital’s national sales operation.

He was responsible for the radio group’s marketing and communications with advertisers and agencies, and for raising the commercial profile of its brands, such as Xfm and Capital Gold. During his two years in the role, he restructured his team to bring sales and marketing closer together (MW September 19, 2004).

Miller was at Starcom for about 18 months and handled the Honda, Nectar and T-Mobile accounts. He has also held roles at BMP DDB (now DDB London), Saatchi &amp; Saatchi in China and BAA.

Spirit Advertising has created a TV campaign to launch the Limperts Academy brand in the UK. Limperts specialises in distance learning with a focus on design and home decoration. The ads break this week.

Bookmaker Totesport is looking for an agency through the AAR to help it develop sponsorship idents for a Channel 4 racing deal. Totesport’s backing of Channel 4’s racing coverage will begin on January 1 next year. The bookmaker wants to appoint an agency to develop its brand presence on television. It has asked the AAR […]

Guardian Media Group-owned radio station 102.2 Smooth FM is launching a television and poster campaign in September. It will be the first campaign promoting the rebranding of 102.2 Jazz FM as Smooth FM. The &£1.5m, two-week campaign was created by Clear Marketing and will run on ITV1 and Channel 4. The ads feature a woman […]