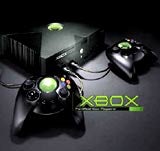 Universal McCann is tipped to win the media planning and buying account for Microsoft’s forthcoming games console, the Xbox. The account is understood to be worth £50m across Europe.

The agency has also been awarded Microsoft’s UK media planning and buying account, which includes Microsoft Office, Windows and the company’s hardware products. The business was previously held by Media Planning. Both Universal McCann and Microsoft declined to comment.

It is understood that the decision to consolidate the global business was made at company headquarters in the US, following Microsoft’s announcement of cuts in its global advertising budgets.

Meanwhile the £51m creative account for the Xbox is understood to have been won by Bartle Bogle Hegarty.

Eagle is overseeing the appointment of agencies for the eventual European launch of the games console, and is developing an advertising strategy for the brand, which will have a global marketing budget estimated at £344m.