Everybody, it seems, is gripped by social networking, a phenomenon that has taken the UK by storm over the past few months, so much so that companies have banned them, concerned that employees spend too much time on the likes of Facebook. The Trades Union Congress has also waded into the debate. Meanwhile, confectionery giant Cadbury claims it is reviving iconic 1980s chocolate brand Wispa after a “Wispa-ring” campaign on Facebook from consumers aggrieved at its absence from the shelves. And just last week, HSBC was forced to back down over overdraft charges for new graduates after a Facebook “rebellion” when more than 4,000 people joined a Facebook group set up by the NUS with the name “Stop the Great HSBC Graduate Rip-off”.

Music made it a hit
Social networks first came to our attention in the guise of MySpace, when pop stars such as Lily Allen and the Arctic Monkeys broke onto the mainstream music scene after allegedly uploading profiles and performance clips on the site. But online networking has evolved since then and usage and popularity have exploded, with numerous sites where online users can meet, communicate and share their thoughts on whatever they choose.

Brands have been quick to embrace this brave new world of Web 2.0, but they have found that users talking about their brands, whether it is prompted by an ad campaign or a by a bad experience, are hard to control and to monitor. This online “brand chatter” has come to the attention of marketers and advertisers as it can affect both brand reputation – and even search rankings. This in turn has lead to an increasing number of brands using online PR campaigns to boost awareness, push products and diffuse negative feeling – there can be little doubt that user habits online have evolved, and a real blurring of boundaries is afoot.

Two-thirds of online consumers visit social networking sites, and have increased their use of these sites 414% in the past three years, according to Cymfony chief executive Andrew Bernstein. “Global multinationals are recognising that social networks have a huge role to play in shaping consumers’ purchasing decisions and communicating their brands,” he says. “But the big question now for businesses is how they can measure its impact and predict future trends.”

Grant Whiteside, technical director at search agency Ambergreen, adds/ “PR agencies traditionally covered public communications and have had to convert to the online medium to ensure the holistic coverage of a brand’s message. With the rise in awareness of social media optimisation (SMO) over the past few years, coupled with the ability to express an opinion by using forums, blogs, news feeds and chatrooms, we now have a different problem to contend with: the public.

He says, however, that where PR is becoming an increasingly important weapon online, not all brands and their agencies understand how best to use it. He adds: “Now we have a scenario where traditional PR agencies are trying to hold on to the customers they once had, without always possessing the necessary technical or marketing skills to counter a wide degree of public opinion, or the online visibility techniques of the search marketing industry.

“As search engine visibility and search engine shelf space are such intrinsic parts of organic search marketing, we now have two different ‘industries’ providing a very similar service but from two potentially different perspectives. Both are driving traffic and link popularity.”

Search for answers
Ciaràn Norris, search engine optimisation director at Altogether Digital, says that because of the rise of consumer media or user-generated content (UGC), and the dominance of search as the first port of call for most Web users, “It is absolutely essential that companies consider the PR implications of all their actions online. A lot of people talk about how companies should monitor the Web for negative comments and blogs, and then act to push these down the rankings (profiles on networking sites, sub-domains and anything else that is likely to take up search real estate); but in fact the real opportunity is in utilising search and social media as a way of connecting with consumers and enabling positive PR by engaging in conversations.”

Whiteside agrees, saying: “Web has enabled people to exchange opinions almost instantly, and now engaging new customers and building relationships on the Web is impossible without the support from online PR. In Web 2.0 it is even more evident, we can see product pages with user recommendations, ratings, press releases and video reviews. The product and its features is still important in the decision making process but it’s the image, positive or negative, which will trigger the final decision.”

Many brands have experienced the thin end of the UGC wedge. Coca-Cola and Land Rover are just two examples that amply demonstrate the impact that UGC can © have on both their brand reputation and the search listings associated with their brand. Coke suffered after a site called KillerCoke alleged it mistreated workers in Columbia and shot up the rankings. But the brand uses pay-per-click (PPC) ads to direct users to a specially constructed site giving its side of the story.

Meanwhile, Land Rover has suffered from what has been labelled one of the most influential blogs, The Truth About Land Rover Discovery 3 on haveyoursay.com, by a disgruntled customer. While he has since been refunded for his faulty vehicle, he still influences buying decisions, says the blogger. 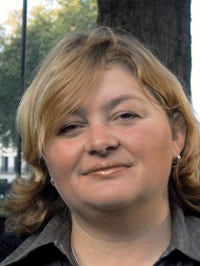 Sarah Escott, head of consultancy at SEO Netrank, with clients agrees clever use of PR and SEO can counter negative brand chatter online, but the agency only works in natural search. “It’s very important to be aware of your online brand reputation. But you have to be careful how you react to it. The challenging is engaging consumers via social networks, but you don’t control what is said and brands must deal with that.”

Julian Smith, insight and research director at Mediaedge:cia, agrees: “UGC presents both threats and opportunities to brand guardians. The rapid spread of negative brand sentiment that it facilitates can be highly detrimental to the image and reputation of a brand.

“Marketers should identify and evaluate brand-related UGC, using buzz monitoring tools, and set response strategies according to its sentiment and level of prominence. It is possible to minimise negative brand sentiment and build brand reputation by entering into a collaborative dialogue with UGC contributors, via brand-owned or third-party social media platforms.”

Escott agrees that one of the best ways to improve search ranking is to get people talking about a brand, whether it is advocates setting up blogs, or by seeding PR. But she warns that fake blogs and postings are easily identified by users and usually backfire.

They won’t be spoon-fed
Orlando Plunket Greene, managing director of Infonic Media Analysis, which advises clients on brand strategy, adds that “The ‘selling in’ of prescriptive messages and talking points is largely ineffective with Web communities that have a tendency to be sceptical, curious, and tenacious – leading to an out-and-out refusal to be spoon-fed talking points. Marketing messages tend to look awkward and disruptive. The Net is demanding, and has for some time, a return to the purest form of PR where corporations must make and win their argument online with well-informed stakeholders. As the PR industry adapts, its unique approach to the Net is becoming more distinctive and evidently more effective.”

Issuing online press releases – which contain references and links to a website and plenty of relevant keywords – can help increase the number of references to your brand or website in the search results, raising the prominence in the organic listings (by increasing inbound links). As well as creating a positive brand message in its own right online, PR activity can help drown out negative UGC about a brand where it exists.

Having exploited UGC, marketers should assess the quantitative and qualitative growth in word-of-mouth that is generated online. This can be accompanied by a Net Promoter survey to correlate a rise in brand UGC with overall advocacy and also be evaluated econometrically, alongside other variables, for its overall contribution to sales.

Neil Stickells, SEO account manager at Steak Media, adds that although negative brand chatter is visible in search, in fact, positive postings and chatter tend to get a better ranking and therefore better visibility. Stickells adds that “it is essential that brands optimise content in their sites and get positive news stories out there. Brands need to look at it from a participatory point of view: get involved and get talking to users, address the problem. It’s no use trying to suppress a negative site or blog. It’s very easy to be damaged online and quickly – the illusion is that if it’s online, it must be true. Brands must counter that, but do so carefully. Assess the impact of the negative content before looking to counter it.”

Whiteside says: “Before the rise of blogging, we simply ensured that many positive promotional pages should appear in the first page of results. With the advent of Universal Search on Google, this can be done by adding video, images, corporate blogs and a few well planned, positive placements in blogs, that seem both honest and fair.”

Seeds of hope
Yet it’s far from doom and gloom. Blendtec, a US manufacturer of food blenders had little marketing budget, so seeded clips of its products blending unlikely objects from golf clubs to iPods. Such was the brand chatter around it that search rankings were bolstered, while in the UK telecoms company PlusNet has built its customer base entirely online through online word of mouth via communities.

PlusNet product development director Neil Armstrong says; “Very early on we recognised the importance of forums for recommending our brand, and we always had a team talking to people. But it’s a big challenge. You can’t put a spin on things. You have to be honest and open. You also need to be seen to be giving something back to consumers. Cynically using forums and PR as an online sales tool just won’t work. Honesty is crucial and you need to be part of that community.”

Blogs may be in their millions and statistically read by few people, but clearly they affect brand reputation and compete with your brand in the search rankings. By positively engaging consumers, brands can join the debate and make sure their message dominates.