General Motors Europe put Saab up for sale early last year, after its US parent company went into enforced bankruptcy. The brand was due to be folded last month, but last minute bids have kept hope for the brand.

Dutch sports carmaker Spyker is another known bidder and reports suggest an unknown Swedish consortium is also in the running. A meeting of Saab board members will take place on Friday.

GM says it had selected restructuring group AlixPartners to supervise an “orderly wind down” at Saab, which it expected to take “several months”.

Elsewhere, Peugeot is expected to announce details of a major rebrand later today (8 January). It will be the first overhaul of the brand since 1998 and follows Citroen’s rebranding last year. Brand consultancy Landor Associates is due to handle the rebranding work. 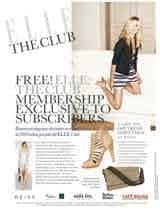 Hachette Filipacchi, the magazine publisher that produces titles including Elle and Psychologies, is launching a loyalty initiative across four of its women’s titles.

The Financial Times is launching a print and outdoor ad campaign to back a new editorial series focusing on the growing force of consumers in Brazil, Russia, India and China (BRICs).

Channel 4 has scrapped its decade-old motoring site 4Car due to the “downbeat commercial market”.