The major TV networks, including NBC Universal, Time Warner, News Corp, Viacom, Disney, Discovery and CBS and other media companies are expected to have a consortium in operation shortly with high-spending clients involved, according to a report in the Financial Times.

Media agencies GroupM and Starcom MediaVest together with clients Procter & Gamble, AT&T and Unilever are believed to be involved in the drive to develop a measurement system that delivers higher quality information more quickly and that can evaluate campaigns running on several platforms.

It is estimated that $70 billion is spent on TV advertising in the US annually but marketers are hungry for more information on how online video content is viewed online via PCs, handheld devices and mobiles.

The FT reports that Sam Armando, senior vp of audience analysis at Starcom MediaVest, said: “The most deficient thing is there’s no single source measurement (for television and digital video).”

The consortium is expected to tender new contracts for a company to develop a measurement system for TV set top boxes and cross-measurement across digital platforms.

Nielsen has been testing measurement across the internet and TV but is not expected to implement any system until 2011.

A debate over the definition of “TV viewing” is currently taking place on markeitngweek.co.uk, see the comments here 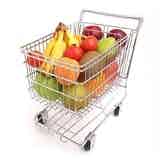 Supermarket own-labels have been in the headlines again this week, but while it’s the value ranges that have been attracting attention since the onset of the recession as consumers seek cheaper alternatives, this time, premium ranges have been in the spotlight.

The British Retail Consortium is calling for a scrappage scheme for old domestic appliances such as fridge-freezers, similar to the ‘Cash for Bangers’ programme the car industry benefited from. 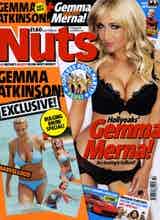 IPC Ignite has reported ABCe audited website figures for its music and lads’ mag brands ahead of ABC data today expected to show a dramatic fall in circulation for the associated print titles.